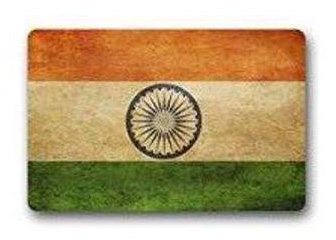 A story about the value of putting facts in perspective

On January 11, 2017 a certain Atul Bhobe from Navi Mumbai tweeted this to Sushma Swaraj

Ms. Swaraj (known for her promptness on social media) reacted the first thing next morning. First up, was a quick instruction to the Indian High Commission at Canada.

Then, after about an hour (perhaps of deliberation), followed two tweets: containing a strongly worded threat to Amazon:

The tweet understandably had its intended effect and resulted in a swift apology from Amazon and a pullback of the offending products. In fact, the MEA proudly displayed the letter from Amazon to Ms. Swaraj:

But we haven’t reached the main story yet.

The Main Story (for this blog, at least)

After the apology and pullback, it seemed like the storm had died down. But a new one was to brew soon. On January 15, for reasons unknown, Mr. Shaktikanta Das, India’s Economic Affairs Secretary, decided to respond to this incident, through a tweet of his own.

While the sentiment underlying Mr. Das’s tweet is understandable, the tone and language were right out of a Sunny Deol movie. Reactions from Twitter-verse flew thick and fast – mostly disparaging him for his remarks.

Within about 12 minutes, an explanatory tweet showed up, followed by another:

Unfortunately, the damage was done and news organisations across India picked it up.

Now we come to the main story: How do you think they reported it? More specifically how did they title this news piece?

Most news organisations faithfully reported the facts. Here’s a sampler of the headlines across leading news outlets:

None of these headlines are wrong – but they are just regurgitating the facts. What they missed is the significance of the event.

Which is where Stanley Pignal, the Economist’s Mumbai-based correspondent came in with his take:

Stanley’s tweet uses the same data as the newspapers – in fact the sentence’s meaning is almost exactly the same. But it’s also vastly different right? As readers, we’re like, “Gee, now that you put it in that way…”

And by the way, it was posted just within 45 minutes of the main tweet, much before all the newspapers would’ve reported the incident!

And finally – if you’re a ‘top economic official’ or some such, restrain your inner Sunny Deol buddy, and maybe channel some Rahul Dravid or Roger Federer. Otherwise, there will always be a Stanley Pignal to give you the perspective-treatment!

If you found this example interesting, please subscribe for email updates of new blog posts from Story Rules.