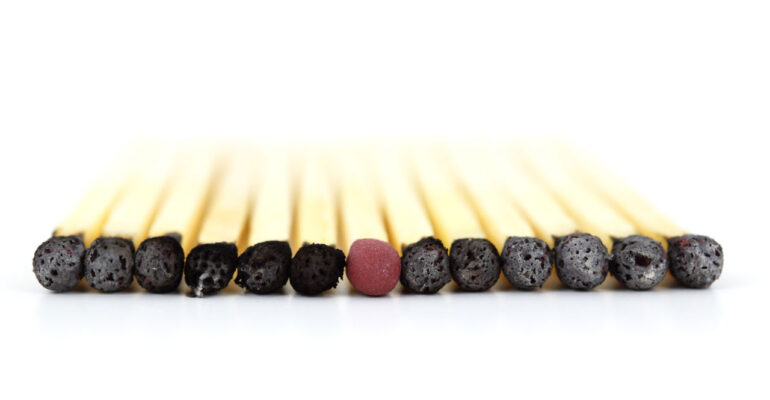 There are two ways to make facts interesting to the audience:

The master of the latter approach, in my mind, is a lecturer at the Department of History, at the Hebrew University of Jerusalem: Professor Yuval Noah Harari. If you haven’t read his ‘Sapiens‘ (or the latest one, ‘Homo Deus‘), just drop everything and order a copy now.

In his book ‘Sapiens’, he looks at human history with a radical, worldview-shattering lens. Apart from his revolutionary (sometimes controversial) views, what I also love is the way he puts historical events in the right perspective. Let’s look at one example – about the ruler Cyrus the Great of Persia.

Here’s how the Wikipedia entry for Cyrus the Great reads:

“Cyrus II of Persia commonly known as Cyrus the Great, was the founder of the Achaemenid Empire. Under his rule, the empire embraced all the previous civilized states of the ancient Near East, expanded vastly and eventually conquered most of Southwest Asia and much of Central Asia and the Caucasus. From the Mediterranean Sea and Hellespont in the west to the Indus River in the east, Cyrus the Great created the largest empire the world had yet seen. Under his successors, the empire eventually stretched at its maximum extent from parts of the Balkans (Bulgaria-Paeonia and Thrace-Macedonia) and Eastern Europe proper in the west, to the Indus Valley in the east.

Cyrus the Great respected the customs and religions of the lands he conquered. This became a very successful model for centralized administration and establishing a government working to the advantage and profit of its subjects. In fact, the administration of the empire through satraps and the vital principle of forming a government at Pasargadae were the works of Cyrus. What is sometimes referred to as the Edict of Restoration (actually two edicts) described in the Bible as being made by Cyrus the Great left a lasting legacy on the Jewish religion, where, because of his policies in Babylonia, he is referred to by the Jewish Bible as Messiah (lit. “His anointed one”) (Isaiah 45:1), and is the only non-Jew to be called so.”

It’s not half-bad actually. In fact the key message that we’ll talk about soon, has been laid out loud and clear. And yet, it doesn’t stand out. If I were to ask you – what exactly made Cyrus the Great stand out among emperors of his time or before him – you may have to re-read that extract and take an educated guess.

Not so with Prof. Harari. Let’s see how he tackles this episode from history.

The ‘Sapiens’ take on Cyrus the Great

Just before talking about Cyrus, he starts by setting some context about some of the first empires of the world – which emerged in the Middle East. The first one was the Akkadian empire of Sargon the Great (c. 2250 BC), in Mesopotamia (present day Iraq and Syria). On to Prof Harari (emphasis added):

“Sargon began his career as the king of Kish, a small city state in Mesopotamia. Within a few decades he managed to conquer not only all other Mesopotamian city states, but also large territories outside the Mesopotamian heartland. Sargon boasted that he had conquered the entire world. In reality, his dominion stretched from the Persian Gulf to the Mediterranean, and included most of today’s Iraq and Syria, along with a few slices of modern Iran and Turkey. The Akkadian Empire did not last long after its founder’s death, but Sargon left behind an imperial mantle that seldom remained unclaimed. For the next 1,700 years, Assyrian, Babylonian and Hittite kings adopted Sargon as a role model, boasting that they, too, had conquered the entire world. Then, around 550 BC, Cyrus the Great of Persia came along with an even more impressive boast.

The kings of Assyria always remained the kings of Assyria. Even when they claimed to rule the entire world, it was obvious that they were doing it for the greater glory of Assyria, and they were not apologetic about it. Cyrus, on the other hand, claimed not merely to rule the whole world, but to do so for the sake of all people. ‘We are conquering you for your own benefit,’ said the Persians. Cyrus wanted the peoples he subjected to love him and to count themselves lucky to be Persian vassals. The most famous example of Cyrus’ innovative efforts to gain the approbation of a nation living under the thumb of his empire was his command that the Jewish exiles in Babylonia be allowed to return to their Judaean homeland and rebuild their temple. He even offered them financial assistance. Cyrus did not see himself as a Persian king ruling over Jews – he was also the king of the Jews, and thus responsible for their welfare. The presumption to rule the entire world for the benefit of all its inhabitants was startling.

Evolution has made Homo sapiens, like other social mammals, a xenophobic creature. Sapiens instinctively divide humanity into two parts, ‘us’ and ‘them’. ‘Us’ is people like you and me, who share our language, religion and customs. We are all responsible for each other, but not responsible for ‘them’. We were always distinct from them, and owe them nothing. We don’t want to see any of them in our territory, and we don’t care an iota what happens in their territory. They are barely even human. In the language of the Dinka people of the Sudan, ‘Dinka’ simply means ‘people’. People who are not Dinka are not people. The Dinka’s bitter enemies are the Nuer. What does the word Nuer mean in Nuer language? It means ‘original people’. Thousands of kilometres from the Sudan deserts, in the frozen ice-lands of Alaska and north-eastern Siberia, live the Yupiks. What does Yupik mean in Yupik language? It means ‘real people’.

In contrast with this ethnic exclusiveness, imperial ideology from Cyrus onward has tended to be inclusive and all-encompassing. Even though it has often emphasised racial and cultural differences between rulers and ruled, it has still recognised the basic unity of the entire world, the existence of a single set of principles governing all places and times, and the mutual responsibilities of all human beings.”

You may disagree with the conclusion at the end – of imperial ideology being inclusive and all-encompassing (just think of how the Europeans treated Native Americans and their colonial subjects) – but the contrast between Cyrus and his predecessors is brought out very effectively here.

Our eyes and mind are naturally drawn to contrast and variance (not just visually, but also in textual content). Leverage that to make your key message stand out.

Note: An earlier version of this article incorrectly spelt the Professor’s last name as Hariri. The error is regretted.

You can ‘engineer’ any data story using this tool